Mark DeMoss represented Christian organizations through highs and lows, but we’re all tasked with representing Christ. 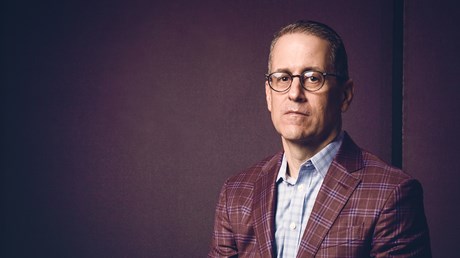 I’ve spent my entire professional life at the intersection of two fields increasingly held in low esteem by much of society: public relations and Christianity.

In January, nearly two years removed from cancer treatment, I announced my decision to close the PR firm that bears my name, after occupying a front-row seat for so much evangelical history. Having worked with some 200 ministry organizations and Christian-owned companies over the past 35 years and following the religion news and trends around them, it seems I’ve seen everything.

I’ve helped tell the stories of millions who professed faith in Christ through evangelistic outreaches, an estimated million men gathered for a solemn assembly on the National Mall, more than 150 million needy children around the globe receiving gift-filled shoeboxes at Christmas, hundreds of thousands of incarcerated men and women and their children being ministered to, a world-class museum dedicated to the Bible erected in our nation’s capital, and the death of the Christian giant of my lifetime, Billy Graham.

Unfortunately, I’ve also been privy to much of the underbelly of evangelicalism. From moral failure to financial scandal, questionable ethics to outright criminal conduct, and lack of love for nonbelievers to blindly partisan political engagement too often detached from the commandment to “love thy neighbor as thyself”—I’ve observed many of the reasons Christianity (at least the conservative evangelical brand) is viewed so cynically by so many today.

But throughout my career, I felt called to advance and protect kingdom work, inspired by the Exodus 17 account of Aaron and Hur holding up the arms of Moses as he raised the staff of God …