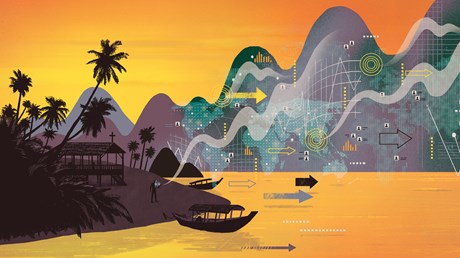 Dwight Martin can tell you the exact number of churches in Thailand. At the start of 2019, his site reported 5,805. By the next week, the number would be different.

While missionaries overseas, and even Western churches, often rely on broad estimates, he can calculate exactly how many subdistricts in the Buddhist kingdom have no churches at all (5,509) and how many people live in communities without any Christian neighbors (62.5 million).

The American missionary-kid-turned-IT-guru oversees the most comprehensive national church database in the world, with corresponding maps indicating exactly which corners of the colorful Southeast Asian country are most desperate for the gospel.

Fluent in Thai from his childhood, Martin had presented his findings dozens of times to church leaders and missionaries over more than a decade serving as the official research coordinator for the Thai church.

When he initially shared the data with the founders of a growing Thai church-planting movement, they balked, wondering why a white man was trying to make them feel bad about the outlook for the church in their country.

But the Free in Jesus Christ Church Association (FJCCA) eventually invited Martin to give his presentation to 60 of their top leaders, a third of whom had converted to Christianity less than a year before. Once they saw Martin’s maps, with data drilled down to the village level, they realized just how unreached their own nation remained.

After 190 years of Protestant ministry in Thailand, 95 percent of 80,000 villages in the country still didn’t have a church. While their humble house church movement had begun to multiply across their province in Central Thailand, provinces all over the region—and to the east and …