Maslow’s Hierarchy of Needs Is Not a Ministry Guide

The infamous pyramid was never an accurate description of how people act, let alone a guide to discipleship. 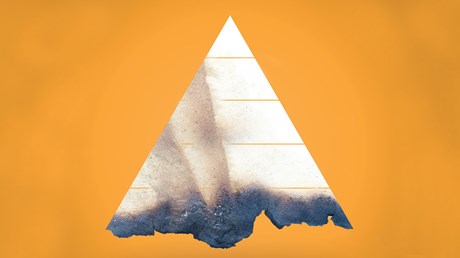 You may have been told once or twice: “People can’t hear the gospel if they’re hungry.” I’ve read it dozens of times in statements from pastors in the United States. But where, exactly, does the idea come from?

Many pastors depend on Maslow’s hierarchy of needs to decide how churches should minister—even though it’s been debunked.

The hierarchy of needs is a theory of human motivation, proposed in 1943 by psychologist Abraham Maslow, that says human beings have layers of needs: physiological, safety, belonging, esteem, and self-actualization, in that order. When people start to feel a certain need—say, the need for satisfaction in their jobs—it is because the lower layers of needs have been satisfied. Maslow put physiological needs at the bottom of his hierarchy, indicating that needs like air, water, food, sex, sleep, shelter, and clothing must be met before any other felt needs can arise and be addressed.

I learned about pastors’ dependence on Maslow’s hierarchy of needs while analyzing data collected by the Seed Company, on behalf of Barna Group. On a survey, senior pastors had written individual responses to explain their churches’ teaching about providing for physical and spiritual needs.

About one in six of the senior pastors, unprompted and in his or her own words, referred either specifically to Maslow’s hierarchy or to its main idea, that physical needs must be met before people experience spiritual needs.

People tend to say less than they could when answering free-response survey questions like this one. So if asked more specifically whether they agree that Maslow’s hierarchy is reliable, pastors, I expect, would be even more favorable …