Meekness Is Not Weakness

Home » News » Meekness Is Not Weakness

It seems like foolishness to us, but it was one of Jesus’ greatest strengths. 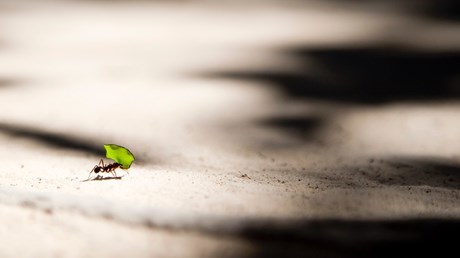 Of all the Beatitudes, I’d guess that “blessed are the meek for they shall inherit the earth” is the most misunderstood, mistrusted, and neglected. I think the reason why is because we don’t understand the virtue of meekness and tend to think it indicates weakness.

Certainly, meekness didn’t fit in with the values of the Greco-Roman world of the first century, where humility wasn’t generally lauded as a virtue. Nietzsche, a great admirer of the Greeks, thought meekness was exactly the sort of false virtue that the weak would applaud because, well, it’s about the only virtue they could actually pull off. Since the weak can’t win by the standard rules, they change the rules.

I think most of us are far more Nietzschean than we’d like to admit. At least I am. When I hear the word meek, it seems too insipid, too accommodating, too spineless to be a virtue.

Yet the Scriptures call us to meekness. Besides the beatitude, Moses is held out as a model for being the meekest man on earth (Num. 12:3), Jesus tells us to come learn from him because he is meek and humble of heart (Matt. 11:29), and Paul encourages us to put on meekness like clothing (Col. 3:12). This is not something any Christian interested in following Jesus can afford to ignore.

What, then, is meekness? Well, it can’t be weakness or a lack of courage. Jesus was no pushover—he flipped tables in the temple, showed up in cities where he faced outstanding warrants, and coolly stared down governors and kings threatening him with death.

According to medieval theologian Thomas Aquinas, meekness is a gentleness that restrains us from anger or from expressing our anger easily. Reformer John Calvin calls it a “mild …