Missionaries Live in Difficult Places, and They Need Your Prayers

Home » News » Missionaries Live in Difficult Places, and They Need Your Prayers

We’re familiar with the idea of culture shock, but we often overlook the impact of culture stress. 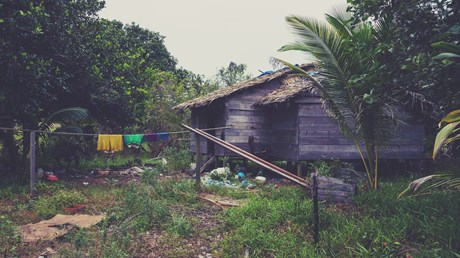 We’re all familiar with the term culture shock. But when it comes to missionaries, we often neglect the impact of culture stress: the regular (and continual) stressors that consciously and unconsciously hit a person living in a different culture. Culture stress can lead to many different ailments such as anxiety, insecurity, fatigue, lack of joy, illnesses, discouragement, fears, anger, irritability, resentment, and homesickness.

One place I experienced culture stress most vividly was Guinea, Africa, where several of my friends were serving as missionaries. Guinea is one of the poorest countries in the world. Before pulling out, the French destroyed plumbing lines, water wells, and all the paved streets, basically crippling the country into poverty and forcing it to start from square one.

From the moment I arrived for a visit, wave after wave of stressors hit me. People warned me that it was common to have luggage stolen. The intense heat and humidity hit me like a thick cloud. Every part of the city where we stayed was extremely crowded, and everyone was asking for money, since they saw our team as “rich foreigners.” Guinea is a Muslim nation, and the Muslim prayers spoken throughout the day became “surround sound” wherever I went. Those prayers would wake me up late at night and early in the morning.

The roads were so bad that sometimes a mere two-block drive took over 30 minutes! Our final drive from a rural village back into the city took 20 hours. On our final day there, my friends took us to a beach. It was a refreshing break from the challenges of the past two weeks—until a gang of 40 men surrounded our group and demanded we give them money or else.

After the beach incident, we couldn’t …