My Cocaine Habit Was Killing My NFL Dreams

Home » News » My Cocaine Habit Was Killing My NFL Dreams

How I found a power greater than the white powder that enslaved me. 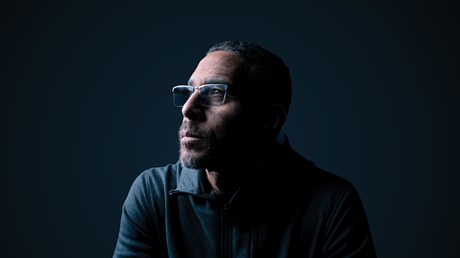 Don’t put the powder in your nose,” I said as I looked in the mirror. “Don’t do it.”

I was sure I could talk myself out of snorting cocaine one more time. My words sounded so real, so genuine.

But just like that, I saw my image disappear from the mirror as I bent down and took another hit off the table. It was an awful high. The chemicals of the cocaine laced through my body at the same time they battled against the guilt in my conscience. I would yell at myself, “What are you doing?”

The tragedy of my addiction was that it threatened everything I had worked for. I was a defensive back playing for the San Diego Chargers and living the life I always wanted. I had come up from nearly nothing to get into the league. Since I wasn’t recruited by any of the Division 1 colleges coming out of high school, I ended up playing Division 3 ball at the University of New Haven.

But I wasn’t deterred. I knew I would get to the NFL one way or another. My coach made a flyer about me and sent it to every NFL team each week, inviting their scouts to come watch me play. No one ever showed up, but I didn’t care. Their lack of interest just motivated me to work harder.

After my senior year, one season after becoming the school’s first All-American, five teams agreed to watch some of my game film. I got a call from the Los Angeles Rams, who told me they were impressed. “If we have everything we need,” the coach told me, “we’ll take you in the later rounds of the draft—if you’re still available.” Ultimately, I found a spot on the Chargers. (The Rams had drafted me, as promised, but I was cut during the preseason.)

As a rookie arriving …