How will Christians respond to the live production? The show’s history offers some clues. 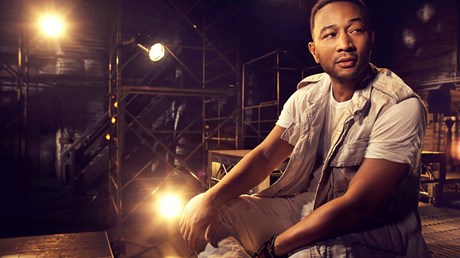 “Jesus Christ, Superstar, do you think you’re what they say you are?”

This question—sung by Judas Iscariot and a backup chorus—has reverberated across popular culture for almost half a century now. With it, there has been another, second question: How should Christians respond to a catchy musical that casts a skeptical, and at times flamboyantly irreverent, light on the story of Jesus? These questions will get new life on Easter Sunday when NBC broadcasts Jesus Christ Superstar Live in Concert.

Preview copies were, of course, unavailable because the show will be airing live. However, behind-the-scenes featurettes and publicity materials have indicated that it will follow a live concert format, with minimalistic sets and an on-camera audience watching the singers and contributing to the aura of rock-star celebrity that is one of the musical’s subtexts. The show will star Oscar-winning singer John Legend as Jesus, Hamilton’s Brandon Victor Dixon as Judas, and singer-songwriter Sara Bareilles as Mary Magdalene.

The musical got its start in the late 1960s, at a time when the same youthful idealism and anti-establishment sentiment that led to so much social and political unrest were beginning to be channeled in a number of spiritual directions. The title song was released as a single in 1969, the same year Larry Norman released his first album and inaugurated the era of Christian rock music.

The song’s composers, Andrew Lloyd Webber and lyricist Tim Rice—then 21 and 25, respectively—had already set part of the Bible to music with Joseph and the Amazing Technicolor Dreamcoat. Now they were embarking on an adaptation of the events leading up to Jesus’ …