On Being an Evangelical Senator During the Trump Presidency

Home » News » On Being an Evangelical Senator During the Trump Presidency

Oklahoma’s James Lankford on supporting and criticizing the president, fellowshipping across the aisle, and speaking up for Dreamers. 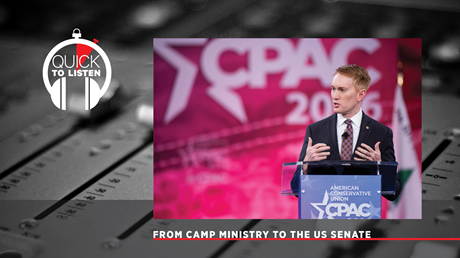 Oklahoma politician James Lankford became a US Senator in 2015, the year before Donald Trump officially became the Republican Party’s candidate. Lankford didn’t support Trump in the GOP primary, but ultimately backed him during the election.

Lankford has served nearly a decade in Washington, DC. Before that, the Southern Baptist thought he had found his calling as a Christian summer camp director. When he decided to make the transition, he found peace about the change in his calling after observing the Bible’s attention to politics.

Lankford joined associate digital media producer Morgan Lee and editor in chief Mark Galli to discuss why he started a bipartisan Bible study, what he thinks of the President’s tweets, and why he’s challenging white people when it comes to race.