Paul Got a Personal Preview of the Judgment Day

Home » News » Paul Got a Personal Preview of the Judgment Day

Which is one reason “the day of the Lord” figured so prominently in his letters. 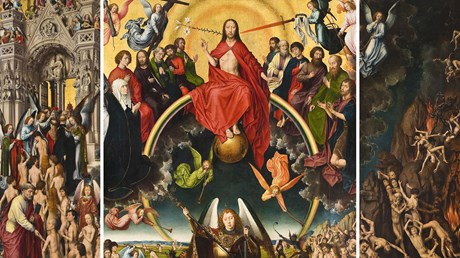 These days it is out of fashion to talk about judging and judgment. Ours is a much more “tolerant” age—or so we’re told. But as biblical scholars Matthew Aernie and Donald Hartley point out in The Righteous and Merciful Judge, the idea of God coming in judgment to right all wrongs and settle all scores is at the heart of Scripture.

The ancient heresy of Marcionism still haunts the church, especially when we divide Scripture into two parts and imagine that the first is dominated by justice and wrath, while the second emphasizes mercy and grace. As Aernie and Hartley make clear, such mischaracterizations undermine the unity of Scripture and subvert the true story of God in the world. Some of the most wonderful passages of forgiveness, restoration, and grace are found in the Old Testament; some of the most unsettling about justice, wrath, and judgment are found in the New.

The Righteous and Merciful Judge considers the theme of “the day of the Lord” in Paul’s letters. While Aernie and Hartley stop short of placing this theme at the center of Paul’s theology, they argue that “every aspect of [it] was in some way affected by the concept.” Their book sheds light on an ignored and marginalized feature of Paul’s thought.

Aernie and Hartley pursue their task chronologically, asking first: Where did this concept come from? Scholars can’t pinpoint how and where the notion of “the day of the Lord” entered into Jewish consciousness. Some think it came from Israel’s holy-war tradition, others from enthronement ceremonies when YHWH was installed as King. Some think it came from within Israel itself; others imagine it was adopted and adapted from the …