A Supreme Court cruelty reveals how we can love our neighbors. 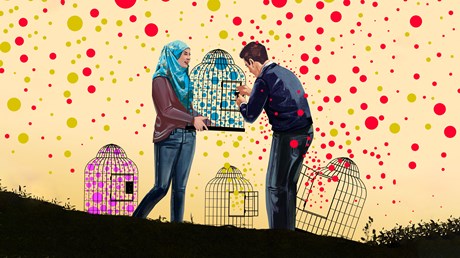 At a January 23 meeting, the warden at the Holman Correctional Facility in Atmore, Alabama, refused Ray’s request. Ray’s imam, who has ministered at Holman for years, would have to watch the execution with the media. It’s policy, the warden explained. Ray asked to see the policy, since it was news to him. The warden refused. It turns out the policy wasn’t actually written down.

That was Wednesday. By Monday, Ray filed a complaint, saying the policy violated both the Religious Land Use and Institutionalized Persons Act and the First Amendment. The district court rejected it and said his execution should go forward: “Ray has had ample opportunity in the past twelve years to seek a religious exemption.” But the appeals court said Ray had a “powerful Establishment Clause claim. … Alabama appears to have set up precisely the sort of denominational preference that the Framers of the First Amendment forbade.” The claim might have been made at the last minute, the appeals court said, but that doesn’t mean Ray delayed.

It was a compelling argument. But on February 7 the Supreme Court issued a short 5–4 decision, saying Ray’s complaint had come too close to his execution date. That evening, he was executed.

“In my 30 years of writing about religious freedom, I …