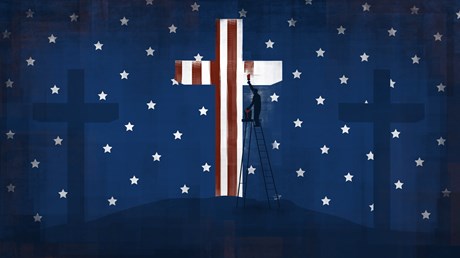 The March massacre of 50 Muslims during worship in New Zealand was first and foremost a human tragedy, one felt deeply around the world. Unfortunately the massacre also signaled a political tragedy, displaying the logical end to a type of engagement increasingly defining the public square: identity politics.

As British columnist Brendan O’Neill put it, “Increasingly, it feels like the New Zealand atrocity is what happens when the politics of identity, the reduction of everyone to cultural or racial creatures whose relationship with other cultural and racial cultures must be monitored and managed, comes to be the only game in public life.”

The simplest definition of identity politics is summarized at Wikipedia: “a tendency of people sharing a particular racial, religious, ethnic, social, or cultural identity to form exclusive political alliances, instead of engaging in traditional broad-based party politics, or promote their particular interests without regard for interests of a larger political group.” Adherents have no interest in broad-based politics because they believe that no other group can empathize sufficiently with them to truly understand their group. Only one born into the group identity, or who becomes “woke” through a kind of revelation, truly knows the score.

Without genuine understanding between groups, the only way to gain political influence is through the raw use of power. Political power for those who are patient. Violence for those who are not. But the bottom line is the same: It’s about and only about gaining power for the benefit of your group and at the expense of other groups. This is not to suggest that every current advocate of identity politics champions …