Revelation and the Gay Experience: What Would John Wesley Have Said About This Debate?

Home » News » Revelation and the Gay Experience: What Would John Wesley Have Said About This Debate?

Can it be said of us that we surprise others by the sympathy and compassion we extend toward to the gay and lesbian community? 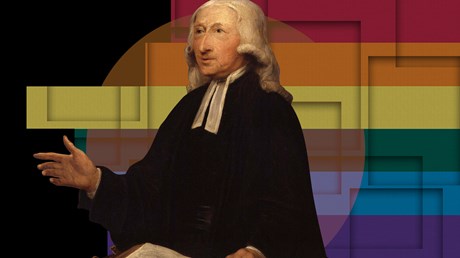 What would John Wesley have said about this debate in the church?

Last Spring the United Methodist Church, the second-largest Protestant denomination in the United States, met for its quadrennial ten-day general conference. Among its actions, the United Methodists reaffirmed their doctrinal statement that the practice of homosexuality is incompatible with Christian teaching (CT, June 17, 1996, p. 58). This affirmation, however, did not occur without heated debate.

One issue that arose during the debate was how to weigh a traditional understanding of Scripture with what science and the lives of gays and lesbians are telling us about homosexuality. This issue is of special importance to United Methodists because of the theological legacy of John Wesley, who allowed tradition, reason, and experience to inform his theological positions.

Wesley, the founder of Methodism, affirmed the primacy of scriptural authority. But he also acknowledged the genuine, albeit secondary, religious authority of tradition, reason, and experience. By doing so, Wesley simply made explicit what is implicit in all theological reflection, even when it ostensibly is based on Scripture alone.

Given this so-called quadrilateral of religious authority, how should Methodists—or any Christian interested in considering a breadth of relevant data—view homosexuality? Although Wesley did not specifically deal with the issue of homosexuality, his theological legacy provides a comprehensive and integrative way of evaluating it.

Scripture
Many Christians fear that acceptance of religious authority other than Scripture leads inexorably to the breakdown of historic Christian beliefs. This is not the case. Wesley remained thoroughly orthodox in his theology, …