Seeking the Body and Blood Behind Bars

Home » News » Seeking the Body and Blood Behind Bars

When I wanted to take Communion in prison, I had to “steal” it. 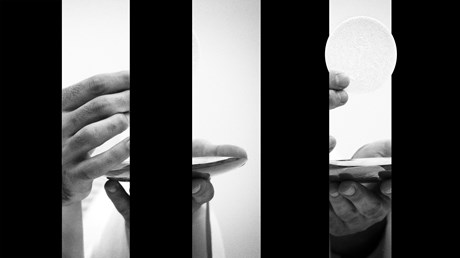 I’m a big fan of the Eucharist. So was John Wesley. Though you might not know it with the relative non-centrality of the sacrament in most Methodist worship services, the founder of Methodism never went more than four or five days in his adult life without celebrating the Lord’s Supper.

But Wesley never served time in a Pennsylvania prison. Before I was incarcerated, I left Methodism to join the Lutheran Church, in large part because of the weekly observation of the Eucharist. The body and blood of Christ filled me with a powerful, sustaining dose of grace that I relied on to face many life challenges. Then I arrived at a county prison four years ago for a crime I maintain I did not commit, and I lost access to Communion. There was an occasional volunteer-led Bible study, but there was no worship service. No Eucharist. And I needed the body and blood of Christ in a way I had never needed it before.

He was told he could bring me Communion. Then, after driving more than an hour to the prison, he arrived and was told he could not, as our visits could only be conducted with glass between us. The next time, we got permission to meet together in a room to share Communion. But again, the elements were not permitted when he arrived.

So without Communion during my months at county, I joined my Lutheran friends in spirit. While they gathered at the table on Sunday mornings, I communed with them from a distance. I followed the liturgy from worship bulletins that my pastor had sent me. And with “wine” …