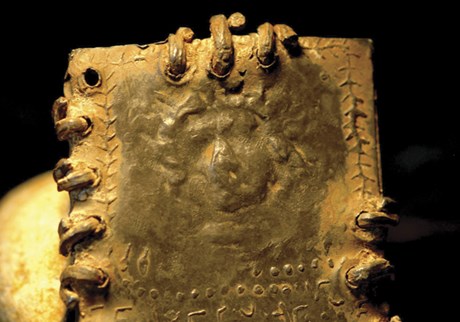 Early copies of the Gospel of Mark are not as common as the other three gospels. The reason: 90 percent of Mark is in the Gospel of Matthew, so few early scribes copied it, says Daniel Wallace, founder of the Center for the Study of New Testament Manuscripts and New Testament Studies professor at Dallas Theological Seminary.

But in February, Wallace announced during a debate that not only has a new fragment of Mark’s gospel been discovered in Egypt, but it is the oldest portion of the New Testament now known. He claimed the fragment dates to the first century, within decades of the time of Christ.

Speculation about the fragment’s whereabouts has centered on the Green Collection: tens of thousands of ancient manuscripts bought over the past three years by the owners of Hobby Lobby. In December, collection director Scott Carroll issued a tantalizing message on his Twitter account: “For over 100 years the earliest known text of the New Testament has been the so-call[ed] John Rylands Papyrus. Not any more. Stay tuned …” A publicist for the Green Collection denied that it owns the Mark fragment.

Other New Testament scholars won’t get a chance to study this gospel portion until it is published in a book about a year from now. They are admittedly skeptical, since the alleged fragment would be almost two centuries older than the current oldest copy of Mark.

“I won’t believe it until I see it,” said Simon Gathercole, editor of the Journal for the Study of the New Testament at Cambridge University in the United Kingdom.

Peter Head, a New Testament research fellow at Tyndale House, a British residential center for biblical research, is likewise eager to get a look at the fragment before rendering an opinion.

“Other claims for first-century …