Surprise! A Conference for Gay Christians Has Sparked Controversy

Why Revoice has stirred debate about temptation and sin. 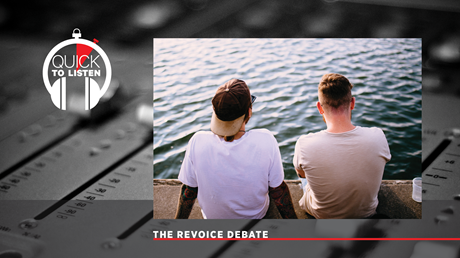 Here’s how the Revoice Conference describes itself: “Supporting, encouraging, and empowering gay, lesbian, same-sex-attracted, and other LGBT Christians so they can flourish while observing the historic, Christian doctrine of marriage and sexuality.” (Read Quick to Listen host Mark Galli’s interview with its founder.)

Since the website first went up, many in the evangelical Twitter world and blogosphere have debated the merits of the conference and of the “spiritual friendship” movement in which the conference is grounded. Some are concerned that “supporting and encouraging” Christians of these “sexual minorities” (as the website names them) is a slippery slope ending in a liberal, relativistic Christianity that has lost its ethical moorings. Others believe that if one observes “the historic, Christian doctrine of marriage,” Christians of any orientation should be able to gather together and talk about their concerns—and thus be supported and encouraged by one another.

At stake in these conversations: the debate over whether same-sex attraction in itself is a sin—or if only the acting on that attraction is the sin.

“We’ve all heard sermons that say, ‘If you’re being tempted, that’s not sin. It’s only sin if you give into the temptation,’” said Phillip Cary, a professor of philosophy at Eastern University. “Let’s call this the soft line on temptation.”

But it turns out that this view isn’t necessarily one that’s been taught by the Protestant greats.

“Luther and Calvin and their friends took a hard line on this. They said that the desire that makes up our temptation …