The Bigger Story Behind Jen Hatmaker

The benefits and challenges of women’s ministry in the age of bestsellers, viral blog posts, and inspirational conferences. 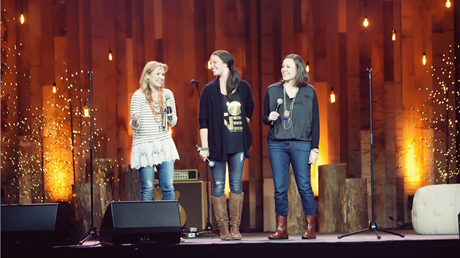 The most influential women’s leader at your church may be someone who has never stepped inside its sanctuary.

It may be someone your pastor has never even heard of.

“If you had to ask, ‘Who's Jen Hatmaker?’ it's time to be more directly invested in the spiritual nurture of half your church,” tweeted Jen Wilkin last month. The women’s ministry leader was responding to the wave of Christian reactions to news that LifeWay Christian Stores had stopped selling books by Hatmaker—one of the biggest writers and speakers among today’s generation of evangelical women—after she spoke out in support of same-sex marriage.

Hatmaker’s popularity underscores how women’s ministry has transformed in the 21st century. Christian women increasingly look to nationally known figures for spiritual formation and inspiration—especially when they don’t see leaders who look like them stepping up in their own churches.

While various evangelical subcultures may find different female teachers filling their social media feeds and Amazon recommendations (Austin-based Hatmaker seems especially popular among white women in the South and Midwest), the numbers show that the top names in women’s ministry rival or even outdraw high-profile televangelists and megachurch pastors.

Titles by Bible teachers Lysa Terkeurst, Priscilla Shirer, and Beth Moore regularly outsell new releases from pastors such as Max Lucado and T. D. Jakes, according to rankings from the Evangelical Christian Publishers Association. Bloggers such as Hatmaker and Ann Voskamp—with books popular enough to land on TheNew York Times bestseller lists—have triple as many Facebook followers as the …