The Bonhoeffer That History Overlooked

In 1946, a man named Ernst Lohmeyer disappeared from East Germany. It took me three decades to piece together his story. 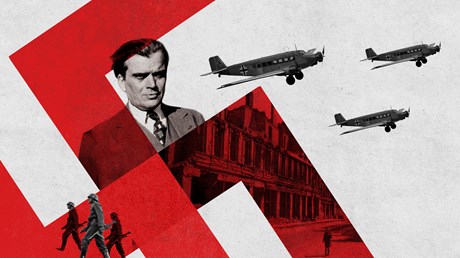 I had never heard of Ernst Lohmeyer until I was in my late 20s. I came across his name in the same way I came across many names at the time—as another scholar whom I needed to consult in doctoral research.

In the mid-1970s, I was writing my dissertation on the Gospel of Mark in the McAlister Library at Fuller Theological Seminary in Pasadena, California. A premier commentary on Mark at the time was Ernst Lohmeyer’s Evangelium des Markus (Gospel of Mark), published in the acclaimed Meyer Commentary Series in Germany. Lohmeyer first published the commentary in 1936 when he was professor of New Testament at the University of Greifswald in Germany. The edition I was using, however, was published in 1967 and accompanied by a supplementary booklet. It carried the name Gerhard Sass, was dated 1950, and mentioned “how continuously [Lohmeyer had] labored to improve and expand his book, until a higher power carried him off to a still-unresolved fate.”

The melancholy of Sass’s preface haunted me. Why, after all these years, was the mystery still unsolved? The note about Lohmeyer’s mysterious disappearance stayed with me by the sheer power of its intrigue. But I did not pursue it. I was married at the time. My wife, Jane, and I had two young children, and my work as youth minister at First Presbyterian Church in Colorado Springs was a full-time-plus call. In addition, my PhD work at Fuller entailed flying to Pasadena three times a year to research assiduously in the library for two weeks. I had no leisure to pursue the lead.

In June 1979, however, his name came up again. I was translating for a Berlin Fellowship team in Greifswald, East Germany. We were in our final meeting, enjoying Kaffee und Kuchen—coffee …