The Church Doesn’t Get Men. Can It Learn from Non-Christians Who Do?

Home » News » The Church Doesn’t Get Men. Can It Learn from Non-Christians Who Do?

What congregations can glean from the secular thought leaders men flock to. 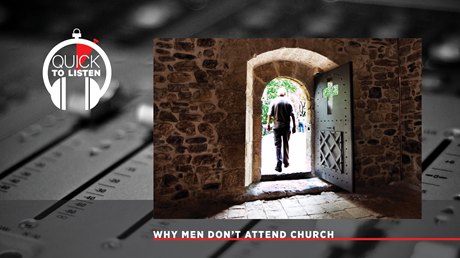 Check out this headlines from the past decade:

“Why Don’t Most Men Go to Church?” Christian Century, October 2011

“7 Actions to Engage Men in Your Church” Pastors.com, March 2014

“Why Do Men Hate Church and What Can Be Done About It?” The Tennessean, Jan 2015

And then there’s a newsletter, The Masculinist, which reflects on a monthly basis on the factors driving men from church.

Aaron Renn, The Masculinist’s author and creator, said the idea for his project came both from the knowledge that church attendance skewed female and the realization a number of non-Christian writers, authors, and cultural commentators were grabbing this group’s attention.

“What is it that all of these people are reaching men with essentially a secular self-help message and the [church’s message] isn’t working?” Renn said. “When I became a Christian I maybe naively took everything in. I felt like the teachings that I was getting about how to be a man and how to interact with women and things of that nature frankly were just not working.”

His unhappiness with his church’s teachings led Renn to ask a lot of questions and ultimately “reformulate” himself as a man.

Renn joined associate digital media producer Morgan Lee and editor in chief Mark Galli to discuss why how churches can still be unwelcoming to men despite the fact that men still hold most church pastoral positions, whether this reality of fewer men at church is true when factored by class, race, or education level, and how Christian piety became gendered.