The Day I Fervently Asked Jesus to Come Back

Home » News » The Day I Fervently Asked Jesus to Come Back

How a friend’s tragic death gave me a new perspective on hope. 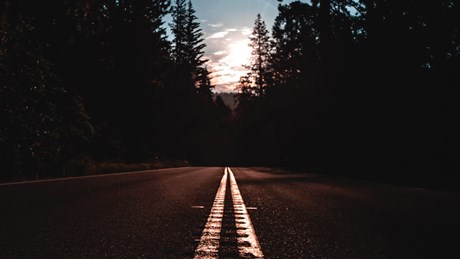 When I was young and single, I moved to Southern California to work at a church. I didn’t know many people in the area, but eventually I became friends with a couple of guys from the church, and the three of us rented a house together. Having a bachelor pad was fun—late nights, tons of jokes, and inappropriate pranks galore.

After a couple of years, one of my roommates got married and moved about 15 minutes away from our bachelor pad. I wasn’t surprised—he was the opposite of me in almost every way you could think: tall, good looking, lots of hair, in shape, tan, and he even worked for the Drug Enforcement Administration as an agent. Once he got married, eventually the other roommate and I went our separate ways.

About a year later, one evening near the end of October, I got one of those late-night phone calls that no one wants to receive. My roommate who had gotten married had been killed in a motorcycle accident. He had been riding his motorcycle down a residential street that evening when another driver made an illegal U-turn. My roommate’s motorcycle T-boned the car, throwing him from his bike and hurling him into eternity. It was horrific.

I arrived at the accident scene about 30 minutes after the call. Much of the site had been cleaned up already, but my friend’s bike was still in the middle of the street. It was absolutely destroyed. Friends who had gotten the same call started arriving. After a while, many of us went down the street to his house. His young widow was at home, understandably crying her eyes out. The setting of the house gave the false impression that he’d be right back. His drink was still on the counter, clothes were laid on the bed for tomorrow, the TV was on, …