The God Who Overpowers Childhood Trauma

A new book crawls into the lives of children at risk, enters their desperation, and accompanies them on their journey toward redemption. 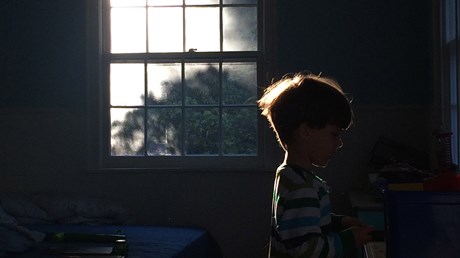 The great beauty of the Christian narrative is redemption, and redemption shines powerfully through Ericka Andersen’s Leaving Cloud 9: The True Story of a Life Resurrected from the Ashes of Poverty, Trauma, and Mental Illness. In its pages, Andersen chronicles the tumultuous upbringing of her husband, Rick Sylvester—a sordid tale of neglect, home instability, drug abuse, and the kind of fending for oneself that hints of Oliver Twist. Rick and his sister, Jenny, are shuffled between their poverty-stricken, drug-addicted mother, Sylvia, and their grandparents, who felt them a colossal inconvenience.

One Christmas Eve in Colorado, the struggling family faced homelessness. Sylvia parked outside a bar as Rick and Jenny shivered beneath a blanket. As Andersen describes the scene, “The numbness—both from the cold and the emotions—began to settle over them like the blanket.” Their mother brought a man back into the car, drove to a dilapidated motel, took him inside for half an hour while leaving the car running outside, and then summoned her children inside after the man left. They had a home that Christmas—a dank motel secured through a quick sexual encounter.

When his mother attempted suicide after an assault from a violent man, a young Rick called 911. “This wasn’t the first time Sylvia pulled a stunt like this,” Andersen explains. “She was prone to attempting suicide. . . . This was Rick and Jenny’s normal. They didn’t even know how to be scared anymore, because when scary things happened, numbness took over.”

This numbness typifies an unstable childhood. And the research doesn’t paint a pretty picture of adult children of neglect and trauma. …