The History of the Fundamentalists Facing a Massive Abuse Scandal

Meet the conservative Baptists who don’t like Billy Graham. 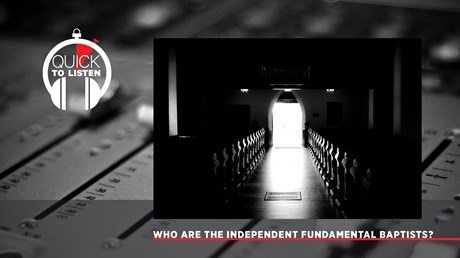 On Sunday, the Fort Worth Star-Telegram published a four-part series on more than 400 allegations of sexual misconduct affiliated with the independent fundamental Baptist movement. The scope of their reporting spanned nearly 1,000 churches and organizations across 40 states and Canada. The report noted:

One hundred and sixty-eight church leaders were accused or convicted of committing sexual crimes against children, the investigation found. At least 45 of the alleged abusers continued in ministry after accusations came to the attention of church authorities or law enforcement.

But what is the independent fundamental Baptist movement?

Historically it has meant a firm belief in the “fundamental doctrines, that is to say, the essential doctrines of the Christian faith” and “an insistence that you should only extend Christian fellowship to people who profess to believe the gospel.” said Kevin Bauder, a research professor of systematic theology at Central Baptist Theological Seminary and the author of a two-part volume on Baptist fundamentalism.

But that’s not necessarily what people hear, Bauder acknowledges.

“The term ‘fundamentalist’ has sort of been co-opted by Martin Marty’s Fundamentalism project, where he made it a sociological designation for any extreme group,” said Bauder. “None of us are really happy with that label these days, because of the connotations it carries now.”

(Perhaps one way to see it could be as the inverse of historian George Marsden’s remark: “An evangelical is someone who likes Billy Graham.”)

Bauder joined digital media producer Morgan Lee and editor in chief Mark Galli to discuss the history of fundamentalism, why …