These three congregations don’t have a men’s ministry. Why men—and their families—still love them. 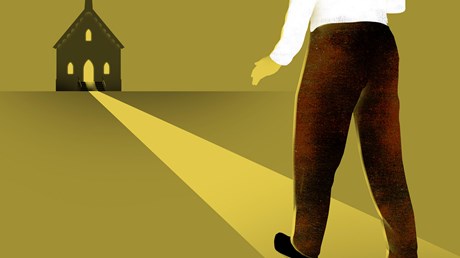 I’ve studied high-performance organizations for nearly three decades, most recently examining churches that have grown by appealing to men. Here’s one of the most surprising commonalities among the man-friendly churches I’ve researched: None of them has a formal “men’s ministry.” Instead, they have retooled church life at its core to attract and disciple men.

The pastors of these churches told me that attracting men, while important in its own right, also brings in women and children by the vanload. Get the man, and you get the family. My preliminary conclusion is that they’re not part of a “masculinity movement” to reclaim some CrossFit Christ. Rather, they’re simply pragmatic, structuring themselves to reach the unreached, and in the process they strengthen families and communities.

At Mecklenburg Community Church in Charlotte, I took my seat as the band opened with 30 seconds of Led Zeppelin’s “Kashmir,” morphing into an upbeat worship song. Lead vocalist and pastoral scion Zach White later told me that’s typical. “A few weeks back, we started the service with the intro to [AC/DC’s] ‘Thunderstruck.’ It was gonna be an intense message, so we wanted to set an intense tone.”

Welcome to “Meck,” a multisite congregation 10,000 strong that targets men who don’t like church. Zeppelin is merely one step on the church’s stairway to heaven. …