The Other Family Separation at the Border: Canadian and US Evangelicals

Home » News » The Other Family Separation at the Border: Canadian and US Evangelicals

Conservative Christians in Canada didn’t vote for Trump. But they are affected by his faithful followers. 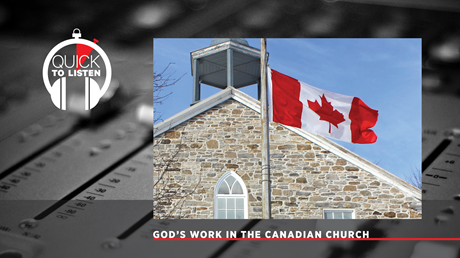 It’s been an interesting year for Canadian evangelicals.

This winter, the Canadian government announced that organizations applying for summer youth employment grants had to first affirm their support for abortion.

Several weeks ago, in a 7-2 vote, Canada’s Supreme Court ruled against what might have been the country’s first and only Christian law school. Trinity Western University had been in court for years after several provincial law societies declined to accredit the school because of its student covenant, which prohibits sex outside of traditional marriage.

And on top of that, their Christian cousins to the south’s perceived support of Donald Trump has made many weary to claim this religious identity as their own.

“I would say that there’s a hesitation to even use the word evangelical,” said Karen Stiller, a senior editor with Faith Today magazine, which serves Canada's estimated four million evangelicals. “There’s a sense that we probably believe all the Christian doctrinal positions that define us as evangelicals, but we don’t like to be slotted as Americans, to be honest.”

Stiller joined associate digital media producer Morgan Lee and editor in chief Mark Galli on Quick to Listen to discuss Canadian evangelicals’ relationship to politics, the ups and downs of their relationship with the American church, and how God is working in the Canadian church.