The Wrong Kind of Christian

I thought a winsome faith would win Christians a place at Vanderbilt’s table. I was wrong. 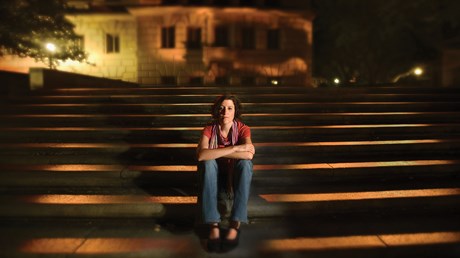 I thought I was an acceptable kind of evangelical.

I'm not a fundamentalist. My friends and I enjoy art, alcohol, and cultural engagement.
We avoid spiritual clichés and buzzwords. We value authenticity, study, racial reconciliation, and social and environmental justice.

Being a Christian made me somewhat weird in my urban, progressive context, but despite some clear differences, I held a lot in common with unbelieving friends. We could disagree about truth, spirituality, and morality, and remain on the best of terms. The failures of the church often made me more uncomfortable than those in the broader culture.

Then, two years ago, the student organization I worked for at Vanderbilt University got kicked off campus for being the wrong kind of Christians.

In May 2011, Vanderbilt's director of religious life told me that the group I'd helped lead for two years, Graduate Christian Fellowship—a chapter of InterVarsity Christian Fellowship—was on probation. We had to drop the requirement that student leaders affirm our doctrinal and purpose statement, or we would lose our status as a registered student organization.

I met with him to understand the change. During the previous school year, a Christian fraternity had expelled several students for violating their behavior policy. One student said he was ousted because he is gay. Vanderbilt responded by forbidding any belief standards for those wanting to join or lead any campus group.

In writing, the new policy refers only to constitutionally protected classes (race, religion, sexual identity, and so on), but Vanderbilt publicly adopted an "all comers policy," which meant that no student could be excluded from a leadership …