How attending to our theological center helps us remember who we are. 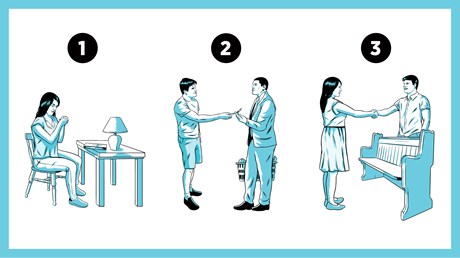 For nine years now, I have been watching my mother’s identity slowly fade as memories and capacities switch off, one after another, like lights of a house shutting down for the night. Marriage may be a school of sanctification, as Luther said, but caring for aging parents is its grad school, especially when he or she lives with you and suffers from dementia.

It’s been said that as we become older, we become caricatures of ourselves. Dementia speeds the process. It’s easy to see why: With loss of executive cognitive functioning, we’re less prone to monitor what we say and do. We begin to fly on auto-pilot, re-tracing again and again well-trod paths.

What lies under the many layers of skin we accumulate over the years, the social masks we have carefully constructed? What lies under my mother’s happy face? (“I’m fine,” she’d say, even after a fall). I recently discovered the answer.

Years into the dementia, she lost her last line of defense and began to voice her inmost thoughts aloud. “Father, don’t let me fall” accompanied her every shuffling step behind her walker. Initially I thought this terribly sad—clearly, she wasn’t fine but anxious—yet I eventually found it comforting. The Bible depicts life as a walk: Shouldn’t we all be praying to the Lord to help us avoid missteps? Though she had forgotten former friends and neighbors, and large swaths of her own life, she remembered the fatherhood of God.

I wonder, what will be left of me, or the last thing I remember? I’m pretty sure it won’t be my college GPA, my CV, or the amount in my IRA. When the rough edges have worn off, what essential traits would be magnified? Such …