There’s Nothing Sketchy About Cross-Gender Friendships in the Church

Why we shouldn’t let the Billy Graham Rule—or the “Billy Crystal Rule”—define how men and women relate. 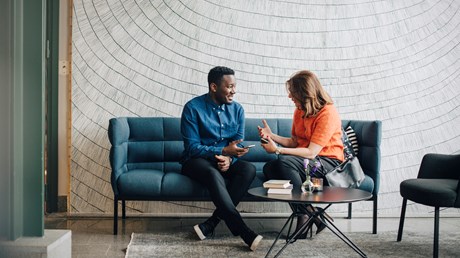 Men and women can’t be friends because the sex part always gets in the way.” Harry Burns, played by Billy Crystal, famously (or infamously) spoke those words in the 1989 romantic comedy When Harry Met Sally. That line contained a multitude of messages, not all of them intentional, about gender relations, identity, and worth. Regardless of the direction the film took or the reception it got, that idea represented an all too widespread school of thought—one that isn’t flattering either to women or to the concept of friendship.

When Harry Met Sally was, of course, a mainstream secular rom-com—exactly the sort of source our churches didn’t want us to consult for ideas about romance and sexuality. So it’s ironic, Aimee Byrd suggests in her book, Why Can’t We Be Friends?: Avoidance Is Not Purity, that much of the church has wholeheartedly embraced what she calls the “Billy Crystal rule.”

“In a complete contradiction of our fight to uphold a biblical understanding of sexuality,” Byrd writes, “Hollywood became our teacher on relationships and gender after all. The church sent messages that a woman’s attractiveness serves the purpose of landing a husband, then becomes a threat to all other men. My sexuality became a barrier to friendship.”

Her words resonate with those of us Christians who have been warned all our lives by various Christian teachers and leaders about the dangers of cross-gender friendships. There’s no reason you need to spend any time together alone. (Or meet for lunch. Or have any unsupervised communications.) The temptations are just too great. Bad things can’t happen if you don’t let the …