These Pastors Loved America So Much, They Wanted It to Stay British

Home » News » These Pastors Loved America So Much, They Wanted It to Stay British

Why the Christian case against the Revolutionary War deserves better than mockery and neglect. 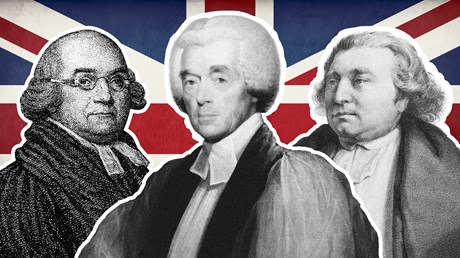 When a person dies, that person is usually forgotten as time advances. The Book of Exodus opens with the memorable saying: “Now there arose up a new king over Egypt, who did not know Joseph” (1:8, ESV). Let’s face it, when most of us are laid low by the sweeping of the dread sickle, the memory of our lives will be swallowed up by oblivion. The psalmist reminds us of this reality: “As for man, his days are like grass. … The wind passes over it, and it is gone, and its place knows it no more” (103:15–16, ESV).

The same can be true for ideas. Many ideas die with those who strove, fought, and suffered for them. This is usually the case for the people and ideas that were on the losing side of some great controversy. If later generations do not forget them outright, they at least tend to remember them as inevitable losers, in part because the victors have reduced them to caricature.

Both dynamics seem to be true of the individuals who remained loyal to the British crown during the American Revolution. The Loyalists and their ideas are unknown to many, if not most Americans. And if they are known, they are too often remembered in simplified and distorted ways.

The living owe something worthier to the dead than forgetfulness or, worse, their misconstruing or mockery. We owe them our empathy and even, as historian Beth Barton Schweiger has recently argued, our love. And loving the dead means laboring to tell the truth about them in all its complexity. In God against the Revolution, historian Gregg L. Frazer considers the Loyalist clergy and their arguments against American rebellion and independence, giving their viewpoint a careful, comprehensive, and fair treatment.