The surprising context for the holiday Lincoln instituted is a good reminder to us today. 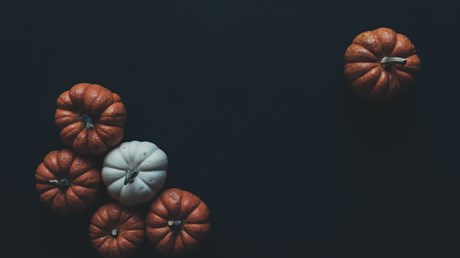 In the fall of 1863, President Abraham Lincoln issued two landmark statements. You probably know about the first—the famous Gettysburg Address, in which Lincoln commemorated the battlefield of Gettysburg. At Gettysburg, Lincoln called the nation to remember the sacrifice of the fallen and to redouble its commitment to the cause of freedom.

The other statement, made just weeks before, may be a bit more surprising. On October 3, 1863, President Lincoln instituted the first official Thanksgiving holiday.

Lincoln wrote, “It has seemed to me fit and proper that [the gracious gifts of the Most High God] should be solemnly, reverently and gratefully acknowledged as with one heart and one voice by the whole American People.” Thus Lincoln set apart the last Thursday of November as “a day of Thanksgiving and Praise to our beneficent Father.” Apparently, in the midst of the worst war our nation had ever seen, Lincoln thought the time was ripe for gratitude.

We may be tempted to think Lincoln’s statement of gratitude was inappropriate, naïve, or even offensive. Reading the entire text of Lincoln’s Thanksgiving Proclamation, however, disabuses the modern reader from the conclusion that he had (somehow) forgotten about the Civil War. Lincoln candidly addressed the horrors of the Civil War, a war “of unequaled magnitude and severity” that had transformed tens of thousands of Americans into “widows, orphans, mourners or sufferers in the lamentable civil strife.” But he coupled this hardship with hope, recognizing the hand of God guiding him through the valley of the shadow of death.

Conflict and gratitude. Hardship and hope. Lincoln wasn’t confused. He was seeing thanksgiving …