Do people choose their politics on the basis of their religion, or is it the other way around? 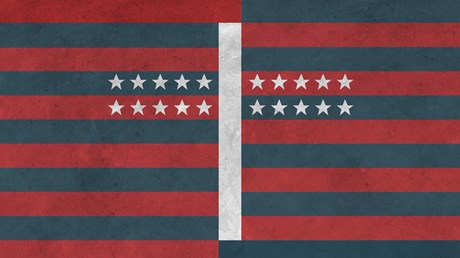 In her book From Politics to the Pews, University of Pennsylvania professor Michele F. Margolis examines why the God gap exists. Typically, we imagine that this gap results from religious people finding a home, disproportionately, in the Republican Party, while more secular people do likewise with the Democratic Party. As Margolis explains it, however, the pattern sometimes runs in the opposite direction: People with fixed political beliefs sort themselves into religious categories, at least partly on the basis of those very beliefs. The story Margolis unpacks is complicated, but it also compelling, with implications for how we understand both religion and politics in America.

The God gap is not about evangelicals or other conservative religious groups per se. Among Protestants, Catholics, and other groups, we see a political divide between those who are more religious and the “nones,” those who do not identify with any religion or do not practice a religion. In the 2018 midterms, voters who were “nones” gave Republicans only 28 percent of their votes. Voters who were part of a religion, on the other hand, split their votes 50-50 between the parties’ candidates.

This pattern reflects a long-standing divide in how people see themselves politically. Each presidential election year, the American National Election Study (ANES) conducts …