What a Conservative Court Means for Christian Unity

Home » News » What a Conservative Court Means for Christian Unity 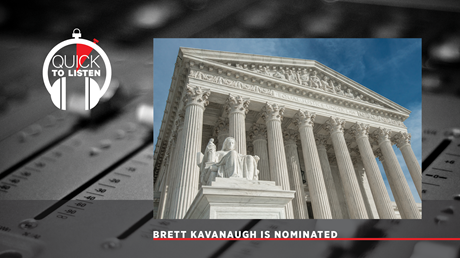 The Southern Baptist Convention’s Ethics and Religious Liberty Commission president Russell Moore declared that Kavanaugh would be a “strong defender of the freedoms guaranteed by the Constitution and Bill of Rights, especially our First Freedom of religious liberty.”

“I pray that Judge Kavanaugh will serve for decades to come with a firm and unwavering commitment to our Constitution’s principles,” said Moore. “I join with Baptists and other evangelicals in calling upon the Senate to confirm Judge Kavanaugh without delay.”

But aside from Rodriguez’s support, few evangelicals of color have lauded Kavanaugh’s nomination, a reality which doesn’t surprise Thomas Berg, a professor of law and public policy at the University of St. Thomas (Minnesota).

“A lot of black and Hispanic brothers and sisters will not appreciate the things that the conservative court is likely to do,” Berg said. “These justices are more likely to restrict affirmative action. They’re more likely to reject claims of voting rights. … White evangelicals haven’t seen those as part of their agenda.”