What Are Christians to Make of Jordan Peterson?

Home » News » What Are Christians to Make of Jordan Peterson?

An introduction to one of the most controversial public intellectuals of our time. 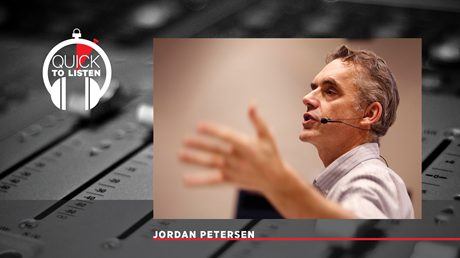 In his videos, he analyzes classic and biblical texts, he eviscerates identity politics and political correctness and, most important, he delivers stern fatherly lectures to young men on how to be honorable, upright and self-disciplined — how to grow up and take responsibility for their own lives.

Despite his success, Peterson is an increasingly polarizing figure. He hates Marxism (and is unafraid to suggest his political opponents are acting in ways consistent with this ideology) and has rankled a number of feminists because of his statements about gender.

However, these attitudes aren’t likely the source of his broad appeal, says Wyatt Graham, the executive director of the Gospel Coalition Canada, who has written about Peterson’s work.

"I think [most people] see him as essentially, get up with your shoulders straight, be responsible, don't be that 30-year-old whose parents are trying to evict him right now on CNN, and be responsible for your life,” said Graham. “A lot of young people, a lot of young men in particular, love that part of his message.”

Graham joined associate digital media producer Morgan Lee and editor in chief Mark Galli to discuss what makes Peterson different from other self-help gurus, what to make of his more controversial convictions, and what theological concerns Christians should have about his message.