What Shakespeare Taught Me About Ash Wednesday

Home » News » What Shakespeare Taught Me About Ash Wednesday

On the first day of Lent, I’m reminded of a love that “alters not” and “bears it out even to the edge of doom.” 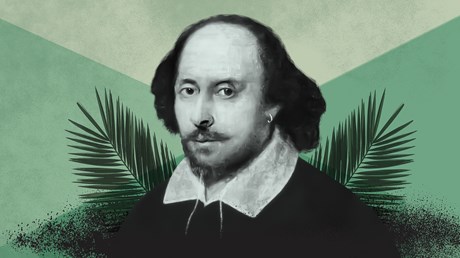 Many years ago this winter, I published my first novel. That was a proud day for me. I had a sense of maybe having achieved something of lasting significance. The novel sold reasonably well, made it into a second and third reprinting, and was even brought out again in mass-market paperback. But three or four years after it first came out, my publisher told me the novel was going out of print. There were a few thousand copies left over, and the publisher would either destroy them or send them to me for the cost of shipping.

Of course, I couldn’t bear to see my babies slaughtered like that, so I sprung for the shipping cost and my brother offered to store them in the hayloft of his barn in Oregon. As President Bush used to say, leave no child behind.

Like the rich man in the parable, I had my harvest stored in a barn. Every summer, I visited my brother in Oregon, sometimes taking a box of books home with me. As summer followed summer, however, I noticed my treasure was showing some signs of wear and tear.

It rains a lot in Oregon, and water had come through a leak in the roof and soaked some of the boxes through. Other boxes had holes chewed through the corners by mice, which also liked to digest the books themselves. The occasional box was torn open by someone curious to take a copy, which was fine with me, but the rest of the books in the open box were left to collect dust and hay and pigeon droppings. Now, after years of careful storage, my literary legacy to the world doesn’t look like much. Last I heard, my brother was using the last of the pulpy remnants to fire up his woodstove.

In the Renaissance they called this the problem of decay, the decay not only of our possessions but inevitably of our own lives. …