What the Bible Did During American Slavery

Home » News » What the Bible Did During American Slavery

Both the North and the South read the same Scripture. What’s going on here? 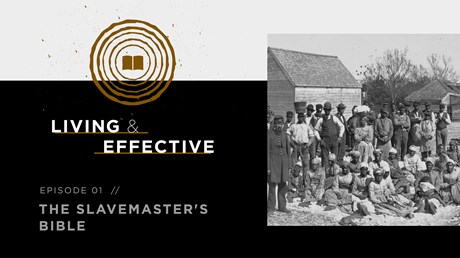 “If the South had won the Civil War, slavery would have continued…and the South was as Bible-believing as the North.” – Mark Noll

What do we do with the fact that so many Bible-believing Christians endorsed–and found biblical justification for–something as evil, dehumanizing, and unbiblical as slavery?

This is where American Christians found themselves before the Civil War: with some Christians fiercely defending slavery with bible verses, some giving their lives to the abolitionist cause because of their biblical convictions, and others staying silent on the matter altogether. In hindsight, it’s easy to condemn the evils of American slavery, but why did God allow it for so long? And why did so many Christians support such an evil institution? Was the Bible really effective when it was being used to defend the enslavement of human beings?

Join host Richard Clark (Christianity Today) for the inaugural episode of Living & Effective, as he talks with historian Mark Noll, evangelist Steve Patton, and pastor/author Thabiti Anyabwile to uncover the surprising ways that God’s Word is living and effective, even in the midst of corporate sin.