What the Bible Says about Abuse Within Marriage

Home » News » What the Bible Says about Abuse Within Marriage

God hates the oppressor, and suffering for the sake of suffering isn’t spiritual. 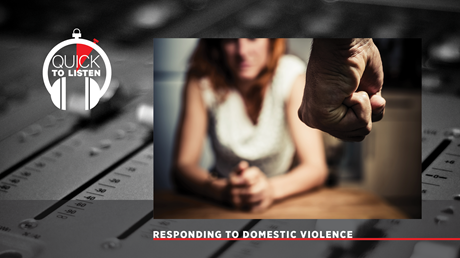 Note: Malachi 2, ‘I hate divorce.’ Said by guest as 5:2, says “The man who hates and divorces his wife,” says the Lord, the God of Israel, “does violence to the one he should protect.”

In 2000, Paige Patterson was asked about women who are abused by their husbands. Here’s what the now-president of Southwestern Baptist Theological Seminary said:

It depends on the level of abuse to some degree. I have never in my ministry counseled that anybody seek a divorce, and I do think that’s always wrong counsel. There have been, however, an occasion or two when the level of the abuse was serious enough, dangerous enough, immoral enough that I have counseled temporary separation and the seeking of help. I would urge you to understand that that should happen only in the most serious of cases. . . . More often, when you face abuse, it is of a less serious variety.

These comments recirculated on social media over the weekend, not surprisingly sparking fierce criticism of Patterson’s remarks.

On Sunday, Patterson released a statement where he clarified that his happiness in the situation came from seeing this woman’s husband return to church. He also said that physical or sexual abuse should be reported to the appropriate authorities, “as I have always done.”

Patterson also stated that, “I have also said that I have never recommended or prescribed divorce. How could I as a minister of the Gospel? The Bible makes clear the way in which God views divorce.”

Patterson’s statement seemed to suggest that abuse was not included as one of the ways in which divorce is biblically sanctioned. But that understanding isn’t really a biblical one, says Justin Holcomb, …