Home » News » What the Kingdom of God Is Like

The kingdom was central to Jesus’ teaching, but it can be divisive for his followers. 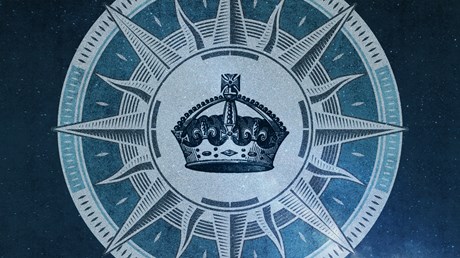 When you think of the word kingdom, what do you think of? For many, the term conjures images of medieval knights, fair maidens, and castles inhabited by white-bearded monarchs. Or we imagine hard-fought epic battles involving mythological figures and creatures (think Gandalf and Gollum), or all these things in a favorite video game.

Now for some Christians, it is this otherworldly quality that makes the idea of the kingdom of God so attractive; other believers prefer a real kingdom, a here-and-now realm you can sink your teeth into. Some long for a far-off kingdom, while others seek a nearby kingdom: two visions in quiet competition with one another. Even though Jesus said that every kingdom divided against itself cannot stand (Mark 3:24), the truth is that his followers have been pretty nearly divided about the kingdom, especially in the past hundred years or so.

Let’s go back to the first set of Christians I just mentioned: those who see the kingdom of God as something falling outside of their own day-to-day reality. For these, it’s not that the kingdom isn’t real; it’s just that it’s real only on the inside. Such might agree with the 18th-century writer Louisa May Alcott when she writes, “A little kingdom I possess / Where thoughts and feelings dwell.”

Today we hear similar sentiments when people say things like, “The day I came to believe in Jesus is the day he set up his kingdom in my heart.” This conception of the kingdom as a personal reality may or may not rule out a corresponding objective kingdom reality, but the emphasis is on the soul, the interior life.

Other Christians identify the kingdom not as an internal reality at all, but rather as something public, something …