What This Charleston Massacre Documentary Wants to Tell Us About Forgiveness 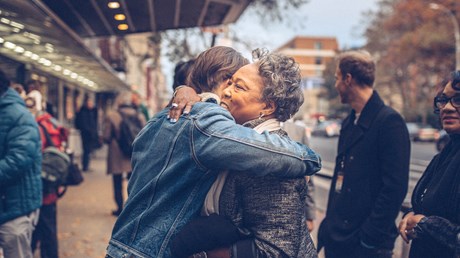 “Only five of us were left after the massacre,” said Polly Sheppard.

Four years to the day of the massacre, Emanuel, a documentary recounting their story, will open in over 1,000 theaters nationwide on Monday. Members of all nine victims’ families participated in interviews, along with survivors such as Sheppard, local reporters, the Charleston mayor, and the Charleston police chief. The film examines societal effects of racism—for this particular historic church and in the American South at large—before transitioning to the massacre and the victims’ loved ones’ subsequent acts of forgiveness.

“This film is not just about racism—it’s about grace,” said director Brian Ivie, who worked on Emanuel for three years. “It’s a story of a group of people who decided they were going to bear the full weight of the wrong and still wish good upon the wrongdoer. That is the highest form of love possible, a love that Jesus Christ perfected.”

Emanuel opens at a time when stories of people of color drifting away from evangelical churches due to increasing politicization of the gospel have made national news.