When Christian Practices Hurt Other People

Baptism, prayer, and Communion can all go “wayward,” says Lauren Winner. Should we blame the sinful practitioners or the practices themselves? 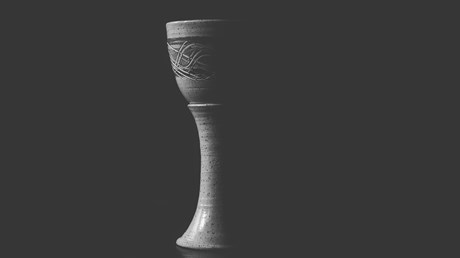 Guns don’t kill people,” goes one popular slogan. “People kill people.” In other words, there’s nothing inherently wrong with a gun. It’s an object, just like a butter knife or brass knuckles. The object itself isn’t the problem, but rather the self-centered, broken, and vile sinners who find relief or satisfaction in putting it to wicked uses.

This saying carries commonsensical force, but it isn’t always true to experience. A gun can discharge accidentally, without its handler having evil intent or a fidgety trigger finger. Guns, after all, are designed to go off, not to thwart the will of their owners. And the bullets they fire are crafted to wound or damage their target. So while guns, on one level, are inanimate objects that aren’t inherently violent, they have certain properties and tendencies that make eruptions of violence more likely.

In her book, The Dangers of Christian Practice: On Wayward Gifts, Characteristic Damage, and Sin, Duke Divinity School’s Lauren Winner makes a similar point regarding treasured Christian practices like baptism, prayer, and the Eucharist. Like guns, there is nothing inherently wrong or “sinful” about them—in fact, they are designed to work against the sinful and broken patterns of the world. But as Winner argues, these practices can malfunction in characteristic and predictable ways, leaving trails of oppression and destruction in their wake.

Winner uses historical examples to support her claim: In the Middle Ages, she notes, a high view of the Eucharist gave added potency to accusations of desecration by Jews, prompting waves of anti-Semitic violence. In the 19th century, slave owners corrupted the …