Where We Got It Wrong

Home » News » Where We Got It Wrong

CT’s greatest essays of old still speak today. But on civil rights, we failed our readers. 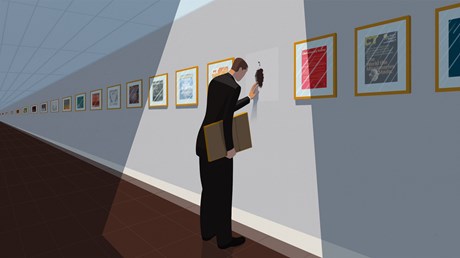 In many traditions, the weeks leading up to Christmas are considered a season of self-examination and repentance. At Christianity Today, this period of reflection comes after the November online release of our complete archives, encompassing every issue of CT since the magazine first published on October 15, 1956.

This is a cause for gratefulness to God; so many articles and editorials ring true today. For example, we advocated creation care at the outset of the modern environmental movement, decades before climate change became a national conversation. Note the April 23, 1971, editorial: After arguing biblically that “to fail to respect life and all other environmental resources is to demean creation and to violate biblical principles of stewardship,” the editorial concludes with a bracing word:

The task is staggering. We are talking here of terracide, the stupid, senseless murder of the earth, man’s killing himself by killing the environment on which he depends for physical life. Were Christians of today to take on the challenge of persuading men to change, they would be performing the greatest work in the Church’s history.

Among my other favorites: a few articles on Karl Barth’s theology, many by Geoffrey Bromiley, translator of Church Dogmatics; an interview with French theologian Jacques Ellul; and a 1958 symposium, “Theologians and the Moon,” in which Barth, C. S. Lewis, Paul Tillich, F. F. Bruce, and Carl Henry, among others, weigh in on how “recent developments in astronautics” affect Christian faith.