Who Owns a Woman’s Body? Not Who You Think.

Home » News » Who Owns a Woman’s Body? Not Who You Think.

Why treating the female body like property misses the gospel and fails the unborn. 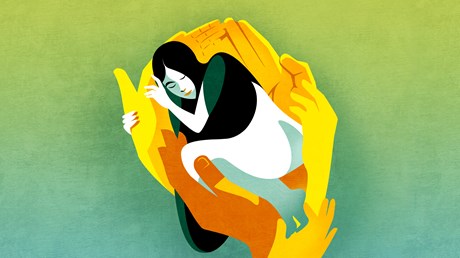 Modern feminism has spent the last century fighting to give women the freedom to have jurisdiction over their voting rights, their ambitions, and their bodies. Some of the movement has done great good. But some of it has done great harm by reinforcing a common and problematic idea: that women’s rights ought to be understood in terms of property rights. “Owning your own body” seems like a natural enough freedom—who wouldn’t want it?—but in fact, it delivers a reductionistic conception of human flourishing that fails both women and the unborn.

We see this most clearly in the abortion debate, vaulted into the public square 46 years ago with the landmark Supreme Court ruling on Roe v. Wade. Both this ruling and the subsequent Planned Parenthood v. Casey decision codify an ownership view of the self. Women’s bodies are a form of property, and with this property comes the constitutional “right of privacy,” wrote Roe’s majority Court. In practice, that means a man is given a temporary invitation to trespass, and the fruit of that act (if any) belongs to the woman—at least until the child crosses from womb to world.

You don’t have to search far to find arguments for ownership. In response to Judge Brett Kavanaugh’s confirmation to the Supreme Court, Planned Parenthood put out a statement that women deserve “the right to control [their] own bodies.” The hallways of Twitter have echoed with a related imperative—that men should “stop controlling women’s bodies.” And the third annual Women’s March will re-up the familiar rally cry, “My body, my choice.”

Advocates of the private ownership view claim that it …