Who’s to Blame When the Shooter Is One of Our Own?

Home » News » Who’s to Blame When the Shooter Is One of Our Own?

The latest synagogue attack has shaken fellow Orthodox Presbyterians—but it implicates all of us living in a fallen world and divisive culture. 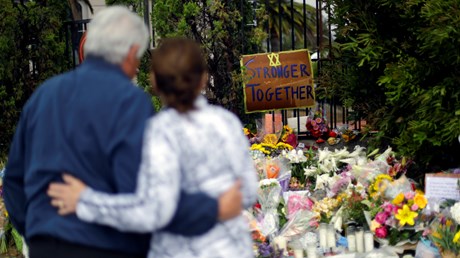 Last weekend’s news of another synagogue attack was shocking but, sadly, not a shock. Mass shootings, while thankfully not routine weekly occurrences, have become a matter of “when” rather than “if” in modern America.

Yet, this attack at the Chabad of Poway synagogue in California stirred particular interest and questions among Christians since the suspect, 19-year-old John Earnest, was reported to belong to a Presbyterian church. In fact, he was apparently a member of a nearby congregation in my own denomination, the Orthodox Presbyterian Church (OPC).

In our response to such evil, we instinctually want to find an explanation or pinpoint a source to blame—in this case, some (even within the OPC) learned about his affiliation and speculated about hate preached from OPC pulpits. Faced with another’s tragedy, we are tempted to put our enemies at fault and score points for our side. But such tidy speculation loses sight of the complexity of such matters and casually commits the serious sin of slander.

A thoroughly Christian response cannot defensively eschew responsibility either—it should be informed by biblical teaching on life in this fallen world and the complicity of each and every one of us in it.

When we reflect on a figure like Earnest, we often think by default, “I thank you, Lord, that I am not like the other men who influenced this person”—be it the racists, the Leftists, the Rightists, the Nazis, the homophobes, the Jihadists, or another group. Perhaps it would be better to ask, “Is it I, Lord? Has anything I have said or done fueled the toxic culture in which such things are happening?”

When murder has become routine and mass shootings are …