Why Christian High Schools Are Filling with Atheist Students

Foreign students offer US schools treasure in heaven and on earth. 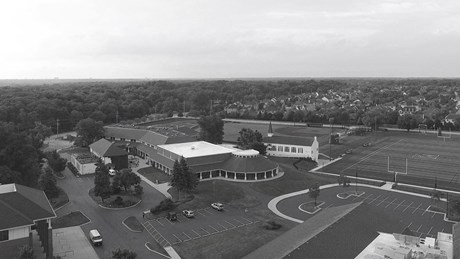 For most of Wheaton Academy’s 165-year history, it was a boarding school. Boarding was ended in the 1980s, then brought back—structured as host families—in 2006.

“China had just started its student visas a year or two before,” said Brenda Vishanoff, vice principal for student services and student learning. The first year, the Christian high school near Chicago had two international students—one from China and one from the Central African Republic. In later years, the number jumped to 8, then 16, then 37.

Soon, Wheaton Academy had more international students than it could take, so it opened a network to place them with other Christian schools. Most of those students—including 45 of the 60 enrolled there this year—have been from China.

The growth reflects a national trend. From 2004 to 2016, the number of international high school students in the United States more than tripled, according to a recent report by the Institute of International Education (IIE). Nearly three-quarters of international students enrolled on an F-1 visa (good until graduation) in 2016; of those, more than half were Chinese (58%).

Chinese parents send their children to America out of frustration with their own highly competitive and narrowly tracked education system, Vishanoff said. As the Chinese economy grew, more parents had the resources to send their child to the US for college. Soon realizing that an American high school education eases the transition to college—and perhaps makes their child’s application more attractive—parents began sending them earlier.

Because public high schools only allow J-1 visas (good for a year or less), nearly all international high school students on F-1 …