Why Islamist Terrorists Attacked Christians in the Philippines

Home » News » Why Islamist Terrorists Attacked Christians in the Philippines

The global and local conditions that have provoked this long-running aggression. 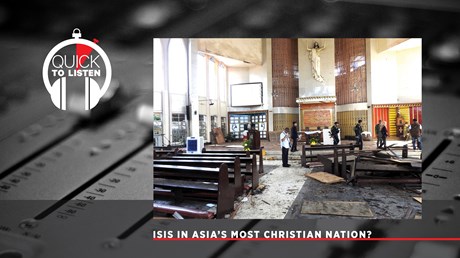 ISIS has claimed responsibility for an attack that killed 20 churchgoers and soldiers at a Catholic church in the Philippines. Two bombs exploded at a church in the city of Jolo on Sunday, “the first blasting through rows of pews and the second shooting from the entrance to kill scrambling parishioners as well as the guards positioned outside to protect the church week after week,” according to CT’s report.

The attack came several days after a key vote in the region’s surrounding islands on a referendum that offered the area greater autonomy. While Muslims in Jolo largely opposed the referendum—part of an effort to end ongoing clashes between Philippine forces and separatists, —it passed anyway.

Given that the vote seemingly went in their favor, why did extremists react violently?

“What they want to do is pit Muslims and Christians against each other,” said Efraim Tendero, the current general secretary of the World Evangelical Alliance and former national director of the Philippine Council of Evangelical Churches.

When he previously visited Jolo, Tendero said he had been welcomed at the airport by one of the region’s Muslim leaders.

“You can see that the moderate Muslim community is peace-loving and would like to support peace,” he said.

These attacks, then, likely come from a group that doesn’t “really want the peace agreement to flourish so they are trying to sow more terror,” said Tendero, pointing out that many of the casualties were soldiers guarding the area.