Why Turkey Is Accusing an American Pastor of Terrorism

Home » News » Why Turkey Is Accusing an American Pastor of Terrorism

Here’s the geopolitical context that’s landed this minister in prison. 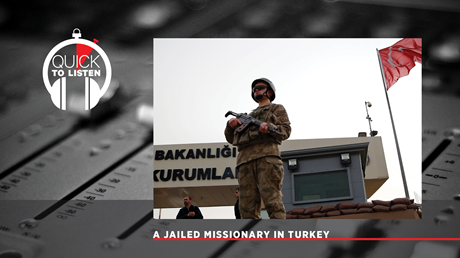 Andrew Brunson had been ministering in Izmir, Turkey, for nearly a quarter of a century before it all changed. In 2016, the American pastor was arrested and thrown in jail, without knowing his charges and without bail.

When Brunson’s trial finally started last month, he learned that he had been charged “of fueling unrest in the country through alleged involvement with exiled cleric Fethullah Gülen and the Kurdistan Workers Party (PKK), an insurgent group.” Both movements are seen as enemies and threats to the Turkish government.

While Brunson’s faith isn’t the only reason that he’s been singled out by the Turkish community, it does reinforce the fact that Turkey is a hard place for Christians, says Stiller.

“It’s a country of 150 churches in a state that is 80 million people,” said Stiller. “You are a small minority. You are persecuted in many social and psychological ways.”