Will John Chau Help or Harm Missions in India? 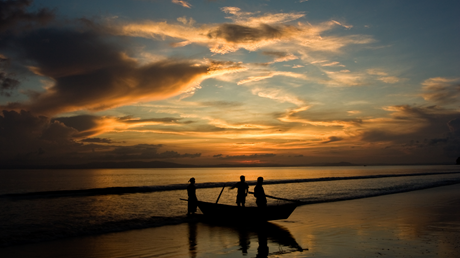 John Chau first heard of North Sentinel Island about 10 years ago, when the Washington state native made it his calling to evangelize the residents of the remote island on the other side of the world. But evangelicals in mainland India have known about the indigenous tribes in the Andaman and Nicobar Islands—territories under their country’s federal rule—for decades.

Two Indian missiologists shared their perspectives with CT on the young American’s failed attempt to evangelize the Sentinelese and how the story of his death may impact future efforts to reach tribal groups in the islands.

Even in India, Chau Raised Awareness of the Sentinelese

India is a complex land with the most sophisticated, well-educated, urban, globalized, wealthy elites on the one hand, and—as recent news has reminded us—some of the most isolated people living in primitive conditions on the other.

The Anthropological Survey of India has identified at least 4,635 distinct people groups, including a large tribal population of about 10 million people (7–8% of the country), often referred to as adivasis, meaning “original inhabitants,” or “scheduled tribes” in government records.

The Andaman Islands are home to four “Negrito” tribes—the Great Andamanese, Onge, Jarawa, and Sentinelese—believed to have arrived from Africa some 60,000 years ago. The neighboring Nicobar Islands are home to two “Mongoloid” tribes—the Shompen and Nicobarese—believed to have come from the Malay-Burma coast 1,000 years ago. The number of original inhabitants of these islands is slowly diminishing, and some are even on the verge of extinction.