You Shall Know Them by Their Clothes

Home » News » You Shall Know Them by Their Clothes

What we learn about Bible figures from the clothing they put on, take off, and tear apart. 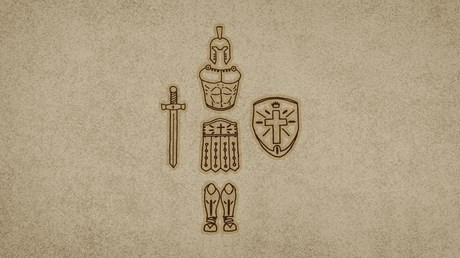 Storytellers know that the unfolding of dramatic events can be hard to follow. So to help their audiences make sense of what is happening, they often insert symbolic clues. In cartoons, the villains scowl and speak with gravelly voices, and the heroes smile and sound all-American. In movies, a menacing bassline announces the arrival of a dangerous person, while comic figures appear with bouncier melodies.

In the story of Samuel, Saul, Jonathan, and David, you can guess what will happen by looking at their clothes.

Some of this works at a simple level. When we first meet Goliath, he is covered from head to foot in scaly armor, which makes him look like a serpent or even a dragon. So when we find the snake-like accuser lying dead, his head crushed by the anointed king, we are not especially surprised. We first meet Samuel as “a boy wearing a linen ephod” (1 Sam. 2:18). Straightaway, we know he will function a bit like a priest.

Right after this, we hear that “each year his mother made him a little robe” (2:19). This garment will represent Samuel’s prophetic authority throughout the book. When Saul rips Samuel’s robe, he accidentally foreshadows that his kingdom will be “torn” away from him and given to David (15:27–28).

Saul, likewise, has a robe that symbolizes royal authority (or lack thereof). In one of the story’s dramatic moments, David refuses to kill Saul while he is going to the bathroom, instead cutting off a corner of his robe (24:4–5). At face value this is an act of kindness, as David spares the man trying to kill him. But as readers, we know there is more going on. Saul’s kingdom will indeed be “cut off” and given to David, and it …