Your Brain Is Not a Computer

Home » News » Your Brain Is Not a Computer

Why being human means we must be embodied. 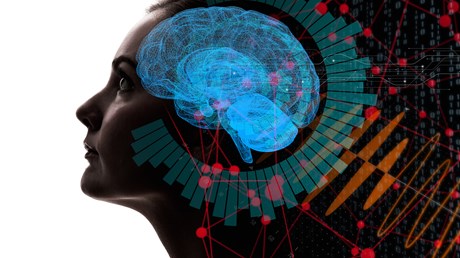 Human bodies married to metallic bodies—one complex system intertwining with another—happen with more frequency these days. Samsung revealed research this month on technology that would allow people with physical disabilities to control their TVs with their thoughts. Johnny Matheny became the first man to receive a robotically controlled arm earlier this year.

But in some ways, movement toward cyborg (cybernetic organism) applications sounds like a leap into dystopian science fiction. Businessman Elon Musk aims to connect the brain to computers, and one neurologist was even willing to hack his own brain to further research on human speech, hoping to one day attain life extension itself.

While recent advances in medical science have shown just how complex the human body is, and therefore how difficult this will be, computers continue to become more and more complex. The study of these two systems developing together over time is called cybernetics, a term coined by the mathematician-philosopher Norbert Wiener in an attempt to explain the newfound technological ability to “command and control” machines—including biological organisms.

Noreen Herzfeld, a professor who teaches at the intersection of life and tech at Saint John’s University and College of St. Benedict, spoke with CT recently about whether computers will one day control our human bodies, why embodiment matters, and how bodies and souls are a part of the human system. With degrees in both theology and computer science, she has written numerous books and articles, including In Our Image: Artificial Intelligence and the Human Spirit, Technology and Religion: Remaining Human in a Co-created World, and Religion and the New Technologies. …