The star of family classics as ‘That Darn Cat’ and ‘The Love Bug’ had converted to Christianity after a drunk-driving accident. 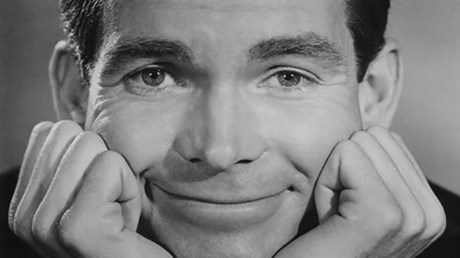 People assume Dean Jones has had the perfect life. He was a Disney icon, the beloved star of such films as That Darn Cat, Blackbeard's Ghost and The Love Bug. He had more money than he knew what to do with and spent it on lavish homes, fast Italian sports cars, and exotic vacations.

And women. Each night a different Hollywood starlet could be found on his arm—and just as often in his bed. Out of the spotlight, Jones' life was far from perfect. In fact, he was living a lie.

For years he had deceived himself into believing that the Hollywood lifestyle would satisfy him, but it had only left him depressed and suicidal. He addictively sought the comforting roar of audience approval, but such pursuits had only shattered his first marriage (which ended in divorce) and alienated him from his children. He began to see life as a pointless exercise in futility, to be managed by copious amounts of alcohol and a parade of affairs.

According to his autobiography, Under Running Laughter, Jones heard a voice in his spirit one evening, saying his lifestyle "will never satisfy you." He started thinking: Could I continue to deceive myself into believing that whatever vacuum existed within me would be filled in the future by more and bigger portions of that I'd consumed in the past?

Later, after a drunk-driving accident almost claimed his life, Jones reached his breaking point. Though he'd grown up in a religious home and even briefly attended Asbury, a Christian college in Kentucky, Jones had rejected the faith of his family. After his near-death accident, he was ready to stop running from …