TIFF Update – Day 2: The Last of the Unjust and Mission Congo

Home » Movies » TIFF Update – Day 2: The Last of the Unjust and Mission Congo

Exploring the boundaries of moral and ethical responsibility – during the Holocaust, and in Pat Robertson’s humanitarian operation. 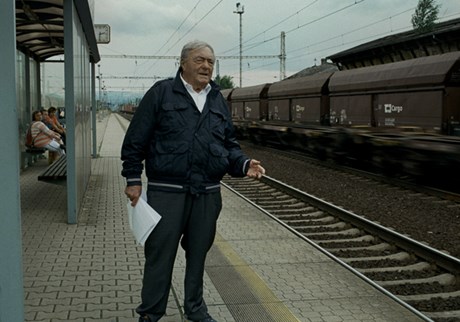 Editor's Note: We can't all make it to the Toronto International Film Festival (which is too bad, since it's where some of the best films of the next year will be shown). But CT has the next best thing: daily updates during the Festival from our critic Ken Morefield. Stay tuned for the next week for capsule reviews and reflections on some of the world's most important movies.

Claude Lanzmann's Shoah is sui generis, a universally respected nine and-a-half hour documentary, and possibly as close as one can get to a definitive historical account of the Holocaust. Last of the Unjust is more limited in scope, but it is an important historical document in its own right.

Lanzmann builds the film around a sustained interview in 1975 with Benjamin Murmelstein, a Jewish Elder at Theresienstadt who spent eighteen months in a Czech prison before eventually being acquitted of collaborating with the Nazis. The result is a dialogue between two rigorously honest men. It explores the boundaries of moral and ethical responsibility when faced with circumstances that remain unfathomable to those who have not lived through them.

The interview segments are certainly intellectually challenging. But when Lanzmann reads from Murmelstein's book describing the camp operations while literally retracing the steps taken by Jews from the train station to the camp, the result is something quietly, almost unbearably, painful.

One of the great achievements of Last of the Unjust is the way it forces us to reexamine some of our most dearly held assumptions. I've always believed that a long view …